Parents of 16,634 children in Cheadle would receive vouchers worth £200 a year to spend on catch-up classes and educational activities, under plans announced by the Liberal Democrats. 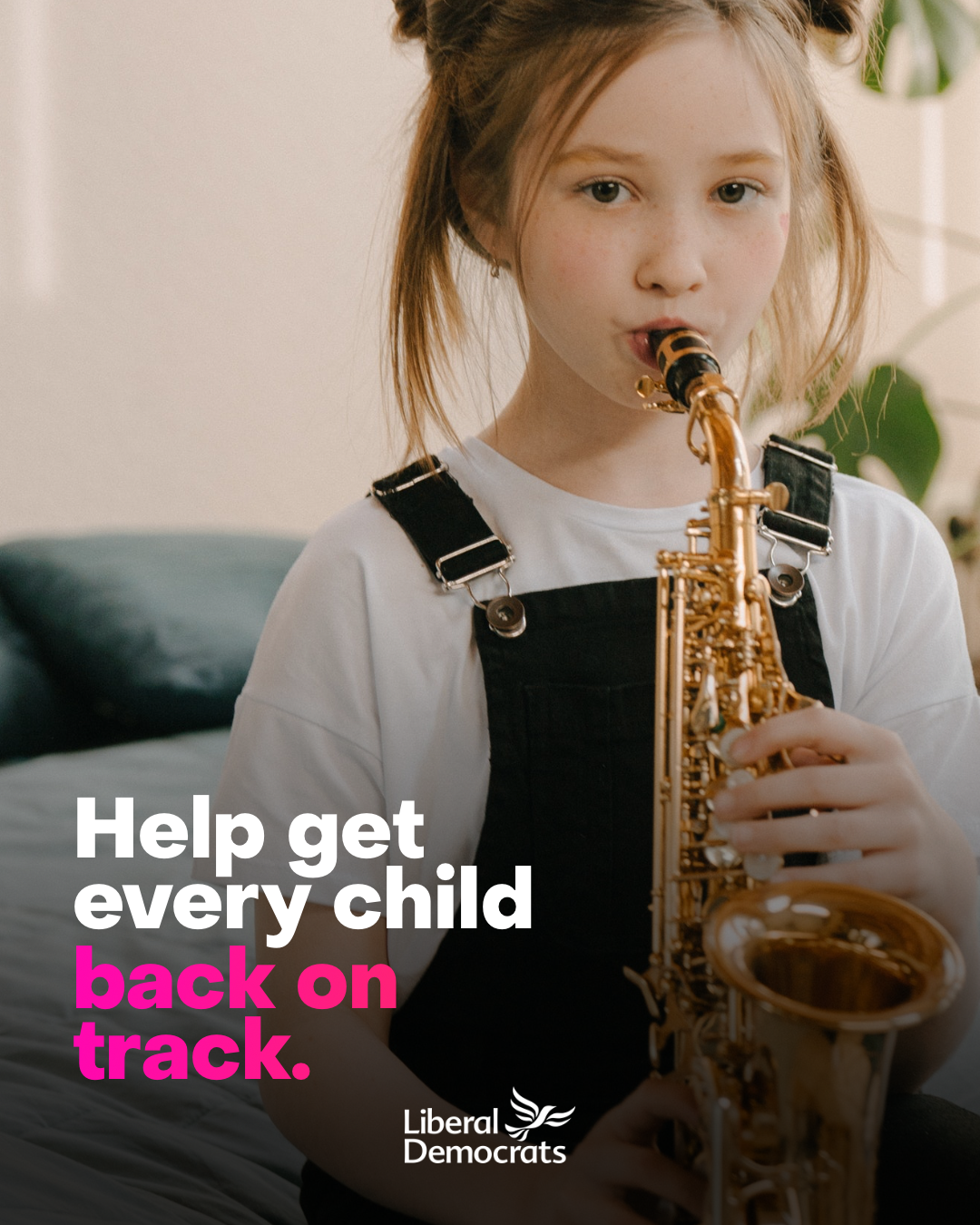 The policy would empower parents to help their children catch up after months of school closures and disruption during the pandemic. The vouchers could be spent on a range of activities including tutoring in reading, writing and maths, music lessons, swimming classes or other physical education.

The programme would last three years, with one £200 Catch-Up Voucher provided annually for every school child in the country, in what the Liberal Democrats said would become "the world’s biggest ever parent-listening exercise.”

2,564 children on free school meals in Cheadle would be eligible for Catch-Up vouchers worth £400 a year under the proposals. This would help close the learning gap for disadvantaged children who were less likely to have the resources they needed to learn at home during the pandemic. Pupils with special educational needs who are also eligible for Free School Meals would be provided with triple vouchers worth £600 a year.

The ambitious plans were featured this week on BBC One and ITV as part of the Liberal Democrats’ Party Political Broadcast. They would form part of a £15 billion package of education catch-up funding, or £500 per child, as recommended by the Government’s former Education Recovery Commissioner Sir Kevan Collins. This is ten times more than the £50 per child being provided under the government’s current plans.

"Children have already suffered too much during this pandemic, from not seeing their friends to missing out on school. We need to see a massive investment in helping kids catch up on this lost learning, instead of the pitiful £50 per child the government is currently offering.

“The Liberal Democrats’ Catch-up Voucher scheme would put money directly into the hands of parents in Cheadle to spend on whatever their children need most. It would also provide extra cash for the families of disadvantaged children and those with special needs, to help them close the learning gap.”

“The Liberal Democrats are the party of empowering people, and supporting parents and children is our top priority in the new fair deal we are offering.

“Covid should mark a watershed in how we educate our children and young people. It is clearer than ever that we need a massive education catch-up fund. And this catch-up fund - which our schools desperately need - should also give parents a radical new role in their children's education.”