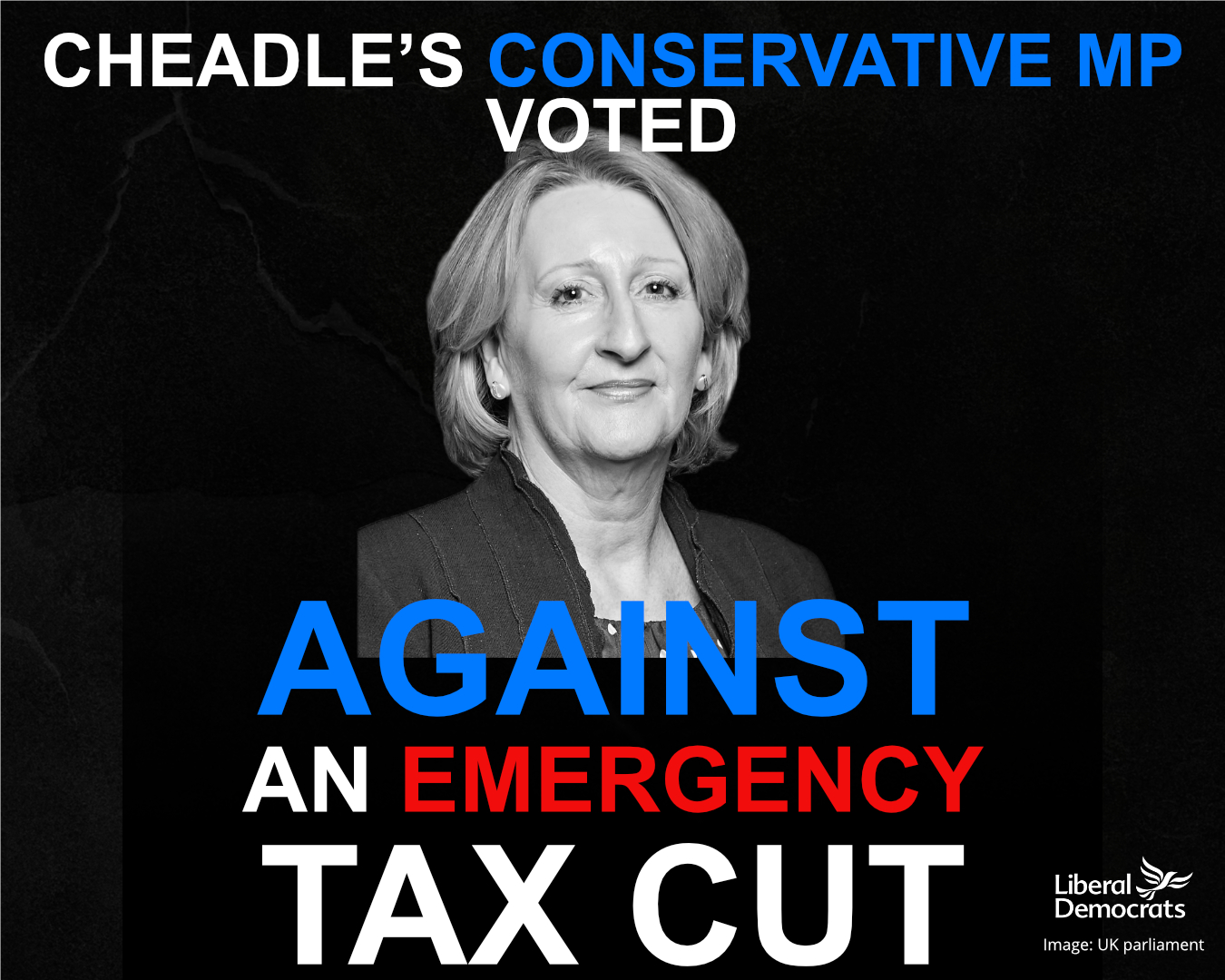 “People in across our area are struggling with skyrocketing energy bills and rising food and fuel prices.

“But the Conservatives have done nothing to help, and instead have blocked our calls for an emergency tax cut. Families and pensioners in Cheadle deserve better than the Conservative who voted against tax cuts put forward by the Lib Dems.

“The Liberal Democrats are fighting for a better deal for communities being let down and taken for granted by this Conservative government. Our plans for a VAT cut would have put money back into people’s pockets and boost spending in our high streets to support the economy” Said Tom