Following a shambolic council meeting on the Greater Manchester Spatial Framework (GMSF), Cllr Mark Hunter, Leader of the Liberal Democrats in Stockport, has written to Andy Burnham to discuss the proposals and concerns the Party has. 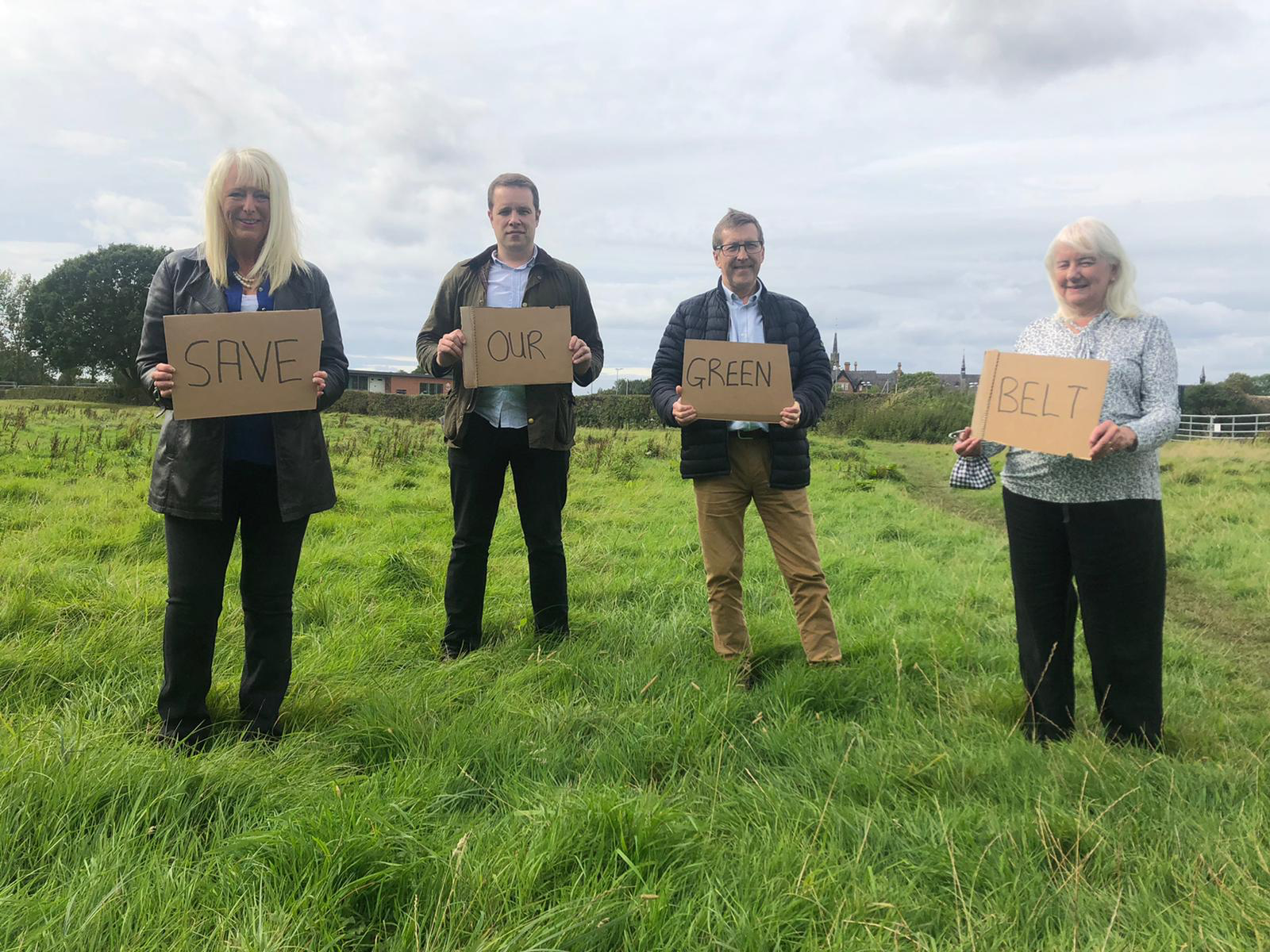 The meeting, which was expected to vote down the plans that would see green spaces developed across Heald Green, Woodford and other parts of Stockport, was suddenly adjourned by the Labour leadership.

The Liberal Democrats have long opposed GMSF on the grounds it disproportionatley impacts the Green Belt and does not provide enough investment in infrastructure or services for the new communities it hopes to create.

However, despite four years of negotiations, Stockport's Labour leadership has so far failed to bring others with them to implement the plans.

In response to this latest failure, Cllr Hunter has now written to the Metro Mayor of Greater Manchester in an attempt to find a way through the log jam.

1. Protection of the Green Belt must be a priority

2. Public Transport and other Infrastructure improvements must be guaranteed not seen as "optional extras"

3. The GMSF must be based on up to date population growth statistics, not the ones currently used which are six years out of date. 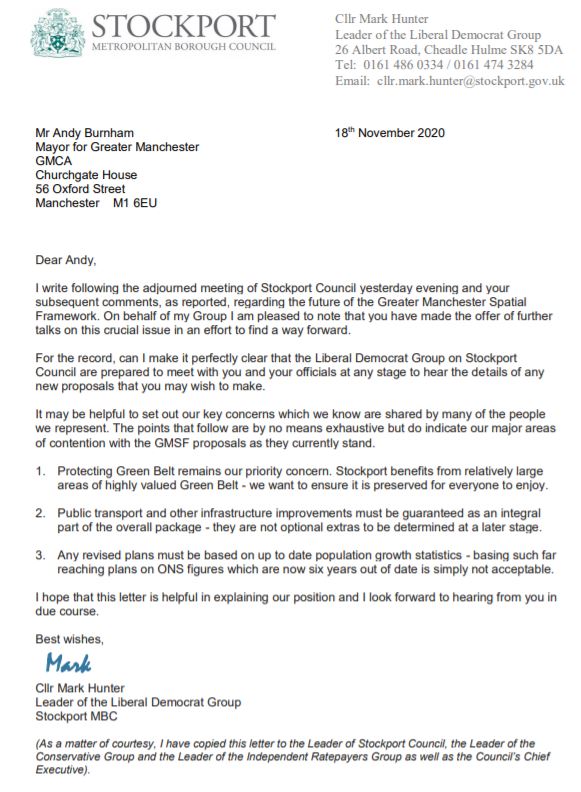