Following an invitation from the school, Lib Dem parliamentary candidate for Cheadle constituency, Mark Hunter, spoke with the pupils of Lady Barn House School about the upcoming General Election, democracy and the right to vote. 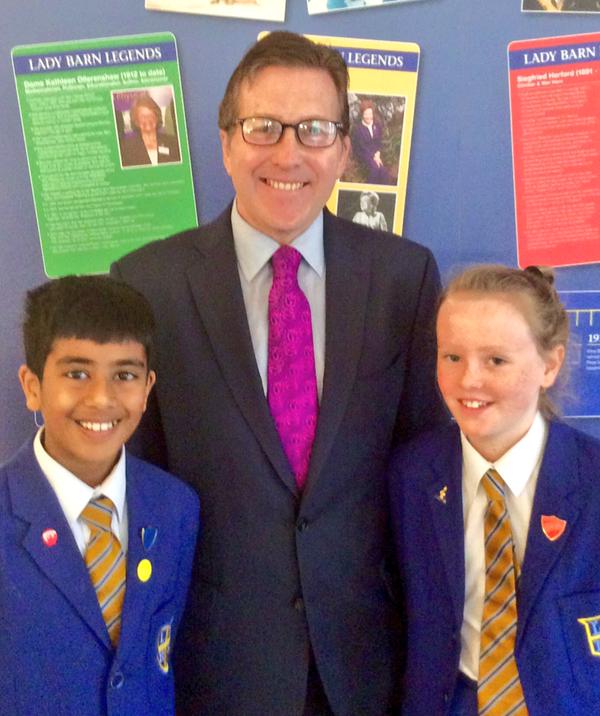 Mark focused on which parties were standing, how elections work, and women’s suffrage.  Following the talk Mark took questions from the pupils on a range of issues, including the debate on whether the voting age should be lowered.

“As I have come to expect at assemblies in our local schools, the pupils were attentive and interested and asked many insightful questions this morning.

“I do not think it is ever too early to encourage children to be aware of, and engaged in, politics so that when they are old enough to participate that they will be well informed.  It was a pleasure to come to Lady Barn House School again to talk with the pupils."