Local MP for Cheadle constituency, Mark Hunter, has turned up the pressure on the Government to change the law regarding paediatric first aid training for nursery staff by tabling a special Parliamentary Motion. 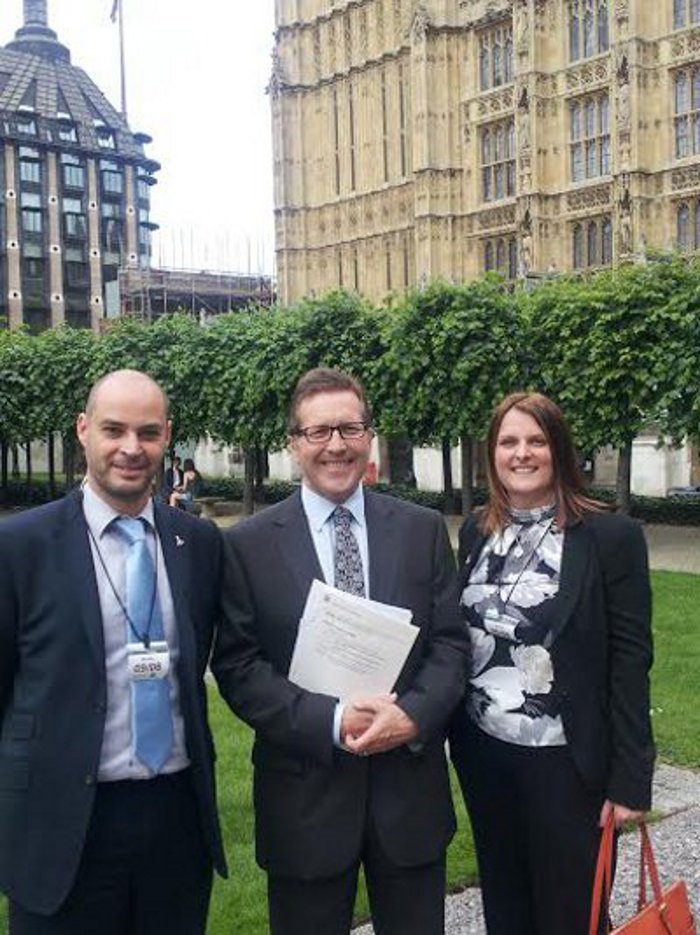 Early Day Motions (EDM) are an opportunity for MPs to indicate their concerns publically on different issues and to make the Government aware of Parliament’s views.

Mark is working to support local residents Dan and Joanne Thompson who tragically lost their nine month old daughter in a choking accident at a nursery in Cheadle constituency.  Following Millie’s passing the Thompsons established Millie’s Trust in her memory, providing paediatric first aid training and calling on the Government to make it a requirement by law for all nursery staff to be fully trained.

In December 2014 Mark Hunter secured a parliamentary debate that called for a change in legislation, and Childcare Minister Sam Gyimah promised a Department of Education review of first aid training in nursery schools.

‘That this House welcomes the Department for Education's review of paediatric first aid training for nursery staff across England following the tragic case of Millie Thompson, who passed away aged nine months after a choking incident at a nursery school in Cheadle; notes that Millie's case has exposed loopholes in current regulation; further notes that over 100,000 people signed an e-petition requesting a change to the law; pays tribute to Joanne and Dan Thompson and all their supporters for setting up Millie's Trust and campaigning for a positive legacy; and calls on the Government to introduce a requirement for all relevant pre-school and nursery staff to receive paediatric first aid training.’

‘The Department for Education promising a review last month was welcome news, however we must keep up the momentum for change.  I have secured cross-party support for this motion which shows the Minister responsible that there is a strength of feeling across Parliament that a change in the law is the right decision.

‘The Thompsons and I will be meeting with the Minister next week where we will be asking for an update on the Department’s review and asking again for the Government to take action and help save children’s lives.’