Local MP for Cheadle constituency, Mark Hunter MP, has welcomed news that the Secretary of State for Transport has today confirmed the orders for the A6 Manchester Airport Relief Road (A555), showing the green light for construction to begin. 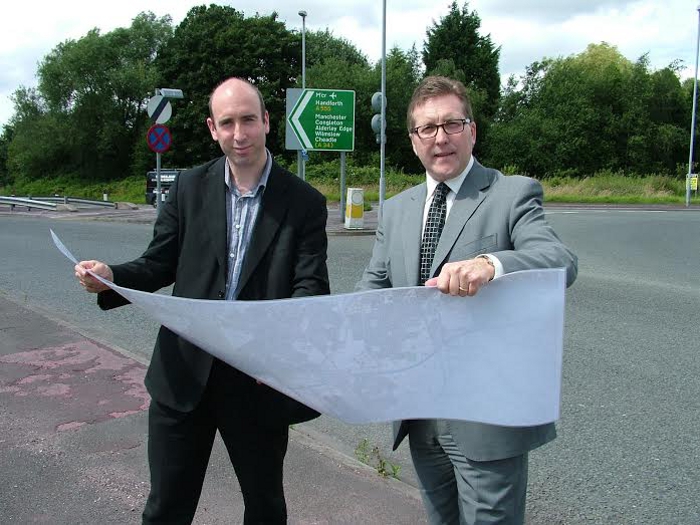 Stockport Council are now able to undertake environmental works in February with a main start in building scheduled for March 2015.

The Relief Road has been long awaited, and proposals have been consulted on several times over many years.  Local residents have consistently given an overwhelming 'yes' to the scheme which will link the A6 to Manchester Airport and thus reduce the volumes of traffic currently using local residential roads.

Both Conservative and Labour governments have repeatedly failed to get construction under way, so local residents welcomed news in 2011 that Liberal Democrat Treasury Minister, Danny Alexander MP, had committed financial support from the Coalition Government.  In March 2014 Cheshire East Council joined Stockport and Manchester City councils in granting planning permission, and in June 2014 the Department for Transport decided not to call for a Public Planning Inquiry.

Mark Hunter MP has consistently backed the scheme and refused to let the issue fall off consecutive governments’ agendas; following the news of the Secretary of State’s confirmation he said:

‘Infrastructure projects of this scale take a great deal of discussion, co-operation and determination.  Therefore I am delighted that the Secretary of State has given his confirmation and that we have cleared the last hurdle.  Preparatory environmental work will begin within weeks with construction scheduled to start in March.

‘This scheme has long had the backing of the majority of local people, and will be a benefit in terms of employment, reducing congestion in residents areas and providing a welcome boost to the local economy.’