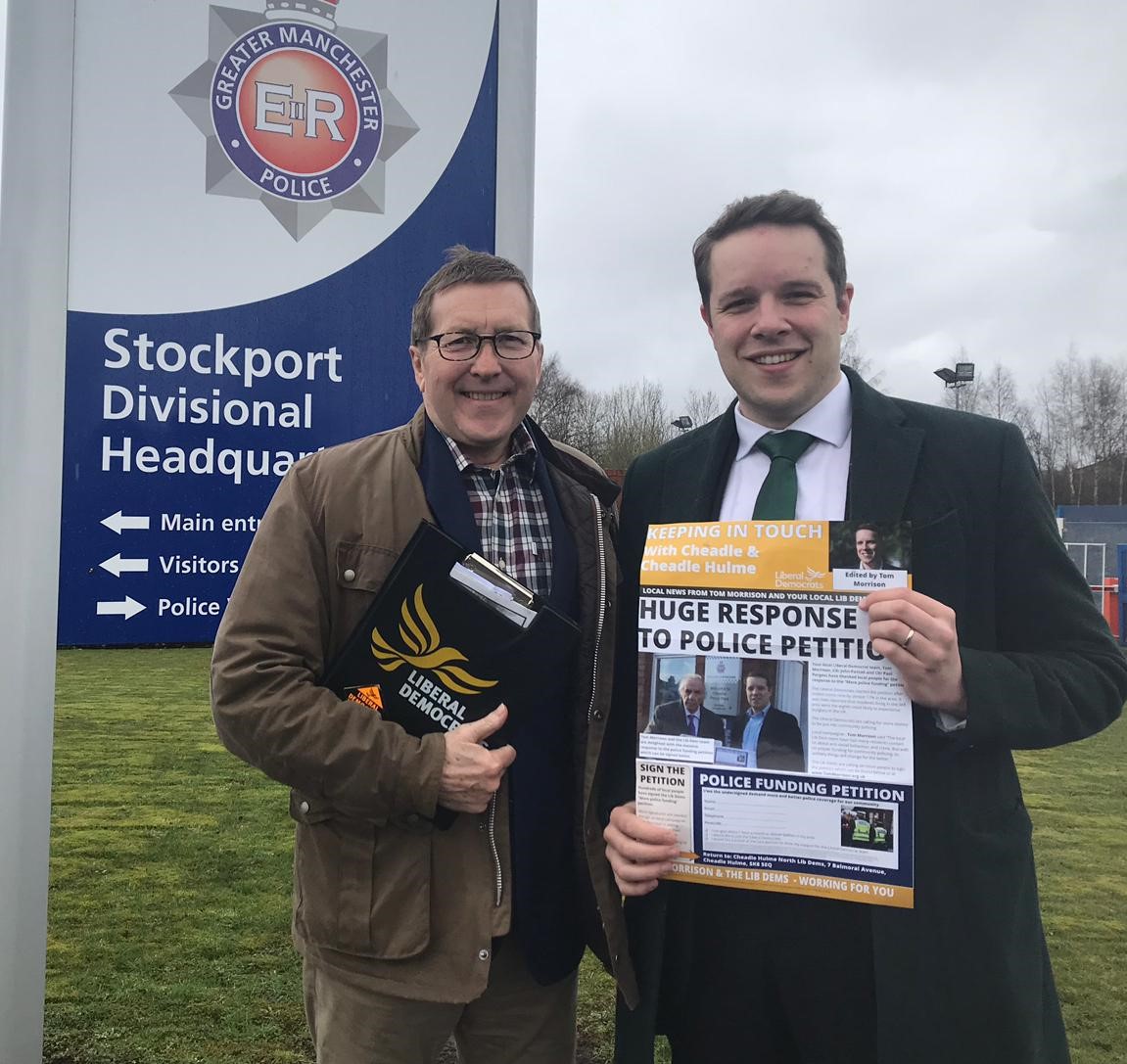 Last year, residents were promised much needed additional Police officers by Labour-run Stockport council. Now, as concerns over rising crime continue, people are asking what has happened to the new officers?

The mayor of Greater Manchester had pledged 320 extra Police across the city region which should have resulted in an extra 32 here in Stockport.

Speaking at a recent Council meeting, Cheadle Hulme Liberal Democrat councillor, Mark Hunter demanded to know how many extra Police officers were in post and said that local people should get what they have already paid for.

Cllr Hunter commented "Local people want to know why we are still waiting for the increased Police presence that we were promised last year. At a time when concerns over crime levels continue to grow it's about time that Labour-run Stockport and the Combined Authority get their act together and delivered on their pledge. The Lib Dems will continue to campaign for safer streets until they do!"